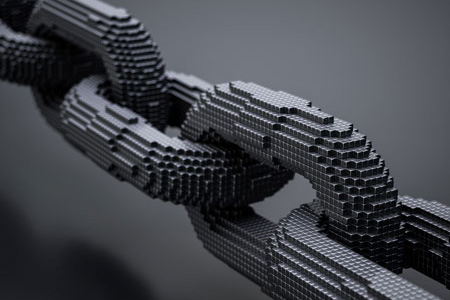 Let’s call it, we are at the end of the beginning: crypto and blockchain have entered the mainstream and aren’t going anywhere… right?

The end of 2017 and most of 2018 were all about the meteoric rises and inevitable crashes of newly minted and exotically titled crypto currencies. People talked about a new ‘dot.com’; we think ‘dot.coin’ was a better descriptor.

The debate as to whether there is value in any of these crypto currencies rages on, although the readings on the Bitcoin price barometer gently floated down for most of 2018 before suffering a 40% crash in value during the last few weeks.  We think that a very small handful of crypto’s may have a future in keeping score online and allowing retail to exchange value at scale, but – as with ‘dot.com’ – there will likely be one or two winners from ‘dot.coin’ and the rest will fall away into digital oblivion.

The message that has filtered through, however, is that the most interesting thing about the crypto currencies is the methodology used to build them, the blockchain.

In the mid-noughties, as the extremely painful experience of the ‘dot.com’ crash started to fade within the markets a little, it became obvious that, despite the froth and wild speculation, the thing that had driven the bubble – people being connected all over the world online – was ‘real’ and had enormous potential to change the world. The seismic shift into the digital era had begun and the companies who applied the new technology to sound business models – Amazon, eBay and so on – filled the gap and expanded like nothing else seen before. Apply that to ‘dot.coin’ and the underlying technology that could change the world is the blockchain.

Blockchain is a database technology

Blockchain is a methodology for creating databases. Many of us work with databases every day of our working lives. A database is data held in digital form in a structured way. Excel can be used as a database if you apply a structure to it, i.e. lock down the fields and prescribe the values that can be entered into that structure.

Databases created using blockchain methodology are different because they are not stored in a single place. And conceptually – this bit is crucial – this is different from saving versions of one database in lots of different places.

If you create a database in Excel and save it to your PC and also upload it to the cloud, then there are two versions of that database: when you save each version, they are identical but independent; each can thereafter be edited, and the information within each will diverge upon editing.

By contrast, a blockchain database is made up from information stored and shared across a whole network of computers, each one a block and connected together as a chain.  It is a single database housed in lots of different places simultaneously – if a change is made to any one of the blocks, that changes the entire database and the whole network eventually updates to record that change.

Anyone with access to the blockchain database knows that there is only one, incorruptible, version of it. And therein lies the potential.

Who the hell cares about databases?

OK, so someone worked out a way of creating a better database. Big deal?

Actually, yes. Take a step back and think about anything that is exchanged between human beings anywhere in the world: someone always needs to keep score.

All industry to some extent involves moving value in one form or another from one place to another, be that the banking industry with credit, the shipping industry with commodities and even the venture capital industry and the exchange of equity for cash.

Our next piece: how a blockchain database works…

In our next piece, we will be looking at how ordinary databases work on the ‘CRUD’ model (create, review, update and delete) and are susceptible to being hacked unless kept in a secure location.  Blockchain takes the U and D out of the equation: conceptually at least, deletion and modification without the approval of the majority of the rest of the users of the database is impossible.

Blockchain evangelists will tell you that power is evenly distributed across all those that have access to a blockchain database. The short history of blockchain ventures in practice so far, however, tells a more uneven story.

If you are a blockchain venture or investor and want to speak to lawyers who understand how the blockchain works then do please get in touch at enquiries@humphreys.law.