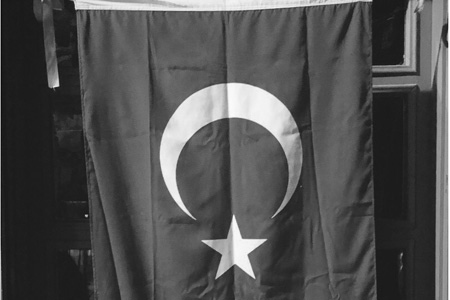 adly, tech is not the first word that comes to mind when talking about Turkey right now.  That said, I visited Istanbul in September and was surprised to find the Turkish Government organising the country’s own version of TechCrunch Disrupt, an event called Teknofest held at the city’s new airport to showcase the country’s best entrepreneurial talents in tech.

(You can probably guess that I have Turkish roots and family, and I have more than a passing interest in goings on in the country.)

Back in London, I attended a panel event in October – organised by TechUK in association with Iron Arrow Consulting – focused on exploring synergies between the tech landscapes in Turkey and the UK.

Dr Chris Moore, a technology specialist working in the Department for International Trade, talked at length about the UK and Turkish Governments investing significant time and effort to promote trade relationships between the two countries.

Süleyman Beşli, the Senior Commercial Counsellor at the Turkish Embassy in London, outlined Anglo-Turkish efforts to promote the growth of Turkish tech companies (both in the UK and in Turkey) through the creation of incubators in London and tech-focused business centres across the Anatolian peninsula.  Some of those incubators are partly – if not specifically – designed to host Turkish tech companies and help them grow within the UK market. The latest addition to the Turkish incubator network is called TTC London Consulting Limited, set up in WeWork Mansion House and providing entrepreneurs with the resources they need to grow their businesses in London.

It is fascinating to see that the UK – and the UK’s VC landscape – is attractive to Turkish entrepreneurs and that the potential for synergies has been picked up by both Governments.

I am looking forward to seeing how Turkish tech will evolve in Turkey and in the UK over the coming years.