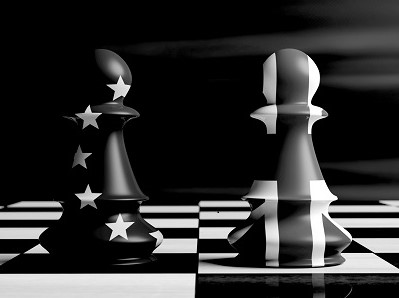 draft version of the Companies, Limited Liability Partnerships and Partnerships (Amendment etc.) (EU Exit) Regulations 2019 was published online on 14 January 2019 (the “Regulations”). This bulletin summarises the changes proposed to be made by the Regulations to UK company law. Those changes are designed to correct deficiencies that would otherwise be created by a no-deal Brexit.

The purpose of the Regulations, made clear in the accompanying explanatory memorandum (the “Memorandum”), is to ensure that there is a functioning legislative framework for companies operating in the UK on the day that the UK leaves the European Union.

The BEIS (the UK government department for business) first published the Regulations and the Memorandum on 31 October 2018. Both documents were subsequently withdrawn and republished on 6 November 2018. Third time’s a charm, as they say.

EU law and the Companies Act 2006 prior to exit day

The Companies Act 2006 (the “Act”) provides companies with the legal framework in which they are supposed to operate within the UK.  The Act currently reflects the UK’s integration of certain aspects of EU law (e.g. special treatment of EEA companies and EEA ‘regulated markets’).

Since the UK is set to leave the EU on 29 March 2019 (and that a no-deal scenario remains a possibility,  if not the front runner still), that legal framework will need to work with the UK sitting outside of the single market and the EU’s common company law framework. In a no-deal Brexit scenario, the UK will no longer be able to treat companies incorporated in the EEA more favourably than companies incorporated in any other jurisdiction (or else find itself in breach of the World Trade Organisation’s ‘Most Favoured Nation’ rules).

Amendment of the term ‘regulated market’

Transitional provisions will apply (and are included in the Regulations) for those undertakings caught by the above provisions. Investment companies, whose shares are only admitted to trading on an EEA regulated market, will be able to continue making distributions (so long as the other conditions of section 832 are met) for a period of one year after Brexit.

UK companies that wish to appoint an EEA company as a corporate director or corporate secretary will now be subject to the same filing requirements as a non-EEA company. The additional requirements are a statement as to the legal form of the company and the law by which it is governed.

Those EEA companies that have been appointed as corporate directors or corporate secretaries under the pre-Brexit framework will have to comply with the new requirements and the registers of the applicable UK companies will need to be updated by June 2019.

Companies incorporated in the UK, however, will no longer be able to appoint corporate directors once the prohibition included in the Small Business, Enterprise and Employment Act 2015 (corporate aspects) comes into force. This prohibition was supposed to come into force in October 2015, but was subsequently pushed back by the Government to October 2016. The effective date of the prohibition has been pushed back again by the Government without a further proposed implementation date. No further announcements have been made so far as regards the prohibition’s implementation.

The Regulations propose to amend the provisions which allow the UK company Registrar ‘Companies House’ to disclose certain protected information to specific authorities such as UK and EEA data processors or credit reference agencies. Following a no-deal Brexit, the Registrar will only be able to use UK based data processors in order to avoid giving EEA based businesses preferential treatment over non-EEA businesses (again, with a view to avoiding breaching the World Trade Organisation’s ‘Most Favoured Nation’ rules).

Whether Brexit is causing you to think about the structure of your business or you simply want to discuss any of the issues raised in this Bulletin further, please do contact us at enquiries@humphreys.law; our team is available to advise.

This Bulletin was researched and prepared by Amir Kursun, with input from Henry Humphreys.